Lancelin, named after the adjacent island, itself named during a French expedition in 1801, has long been a Mecca for people interested in sand driving. From a crayfishing village, the town itself has evolved through the weekender stage to become a popular beach resort for surfers, divers and amateur fisherfolk. The sheltered waters, protected by a natural breakwater reef connecting Edward and Lancelin islands, have made Lancelin such a popular windsurfing location that it attracts enthusiasts from both interstate and overseas. A premier windsurfing contest held there each January is the Lancelin Ocean Classic. 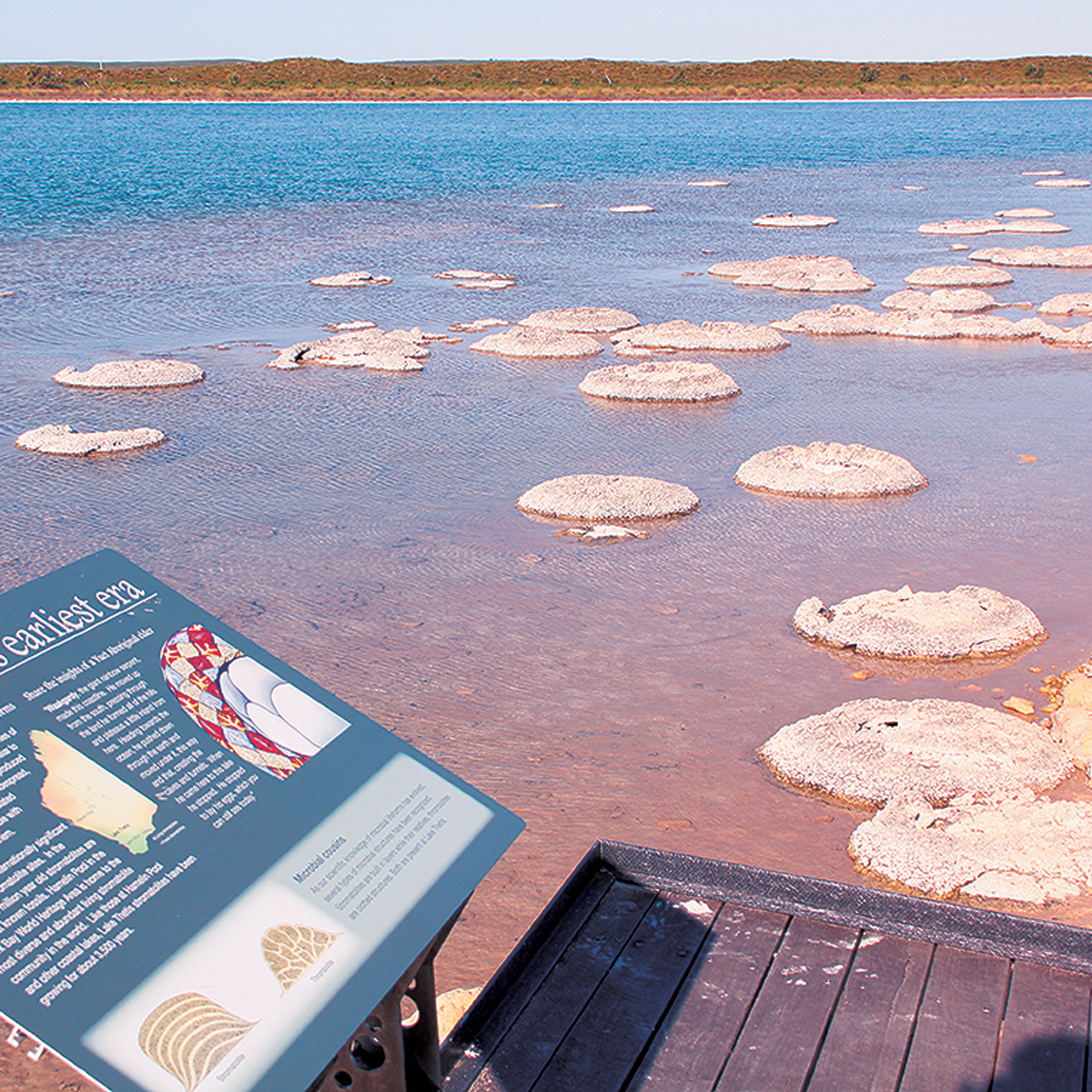 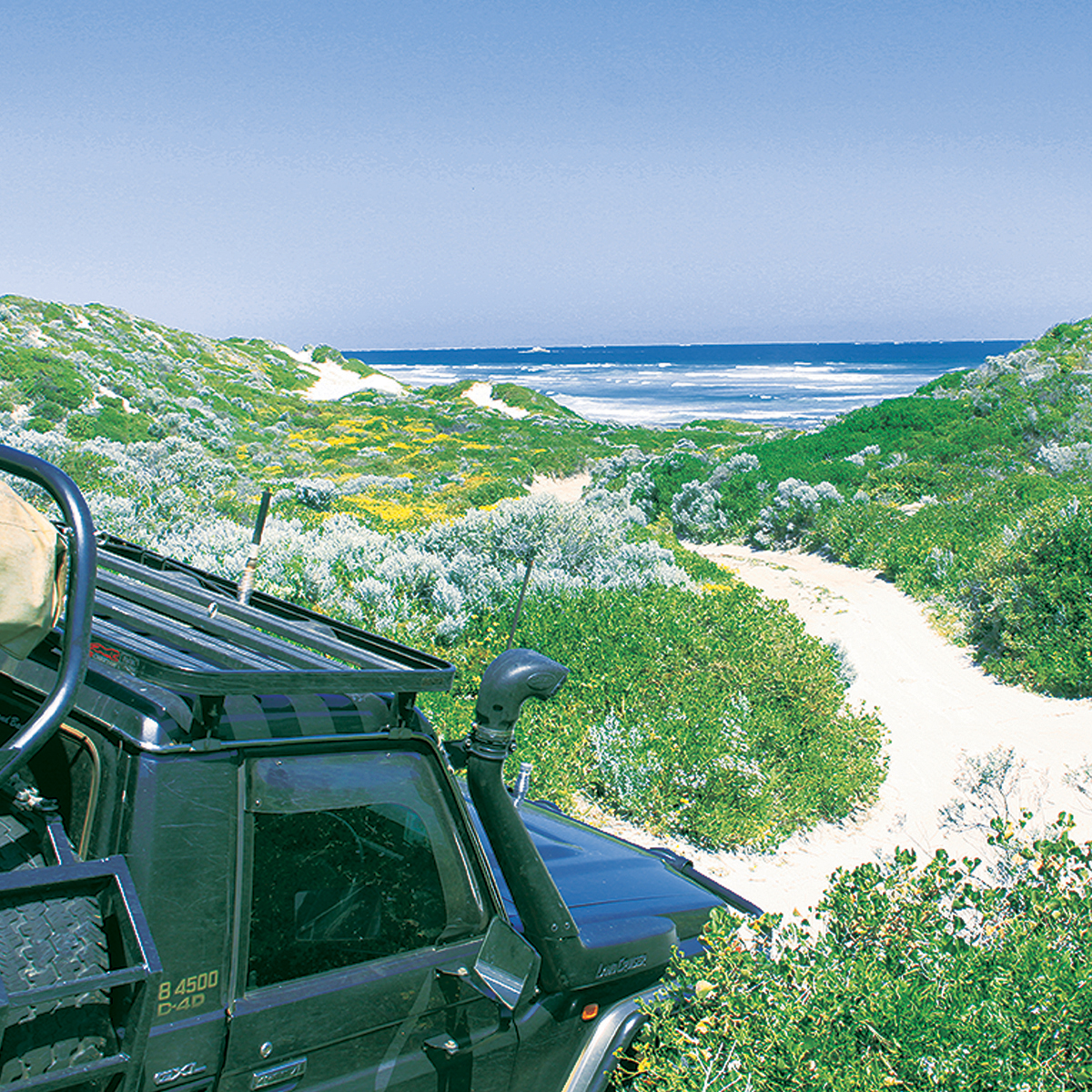 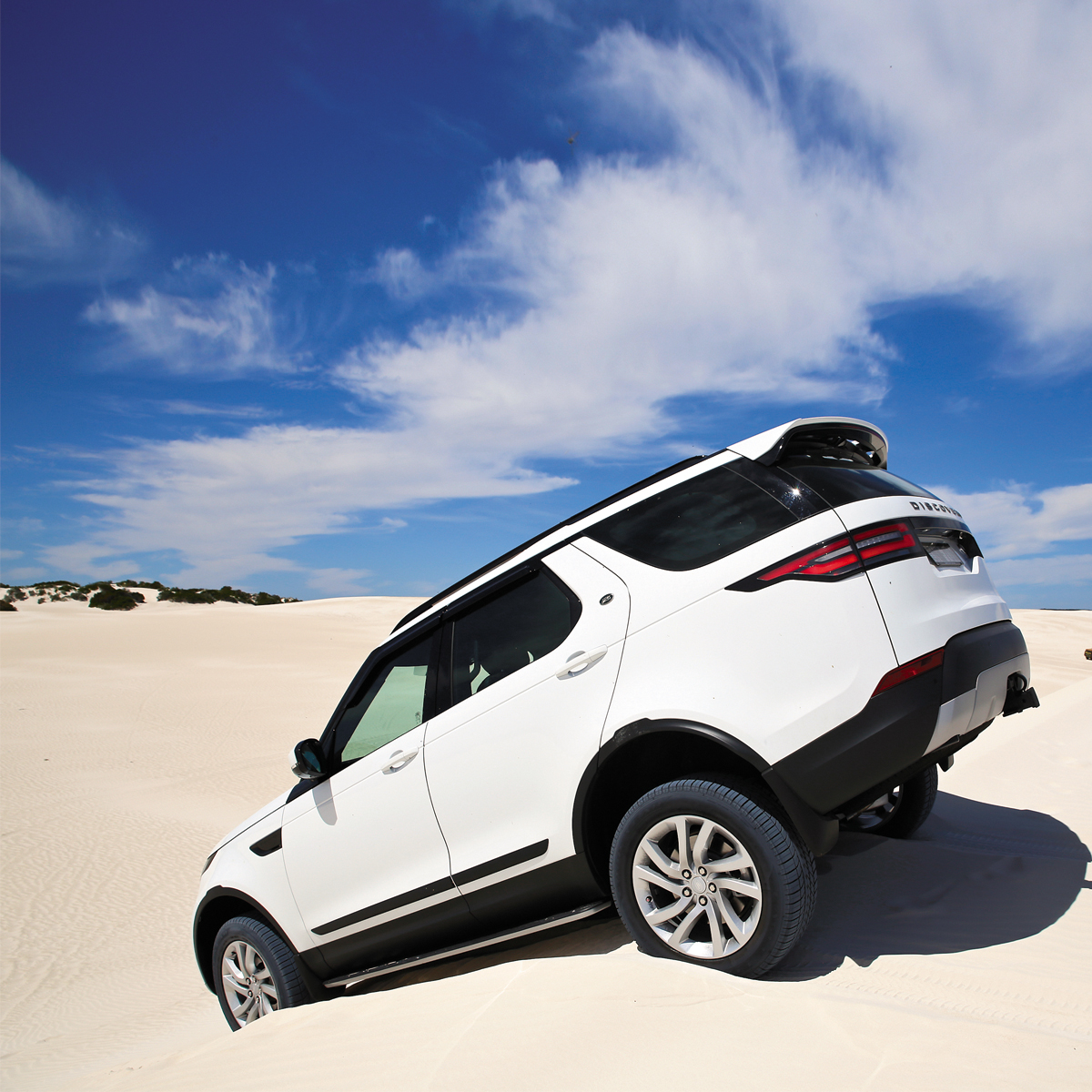 Initially our tripnotes covered the entire rugged 4WD route between Lancelin and Cervantes. After the opening of Indian Ocean Drive, we split this trip into two parts. A more recent reccie has now revealed that the southern section, a short excursion past Lancelin’s big dune up to Dide Bay and return, appears to be only used by trail bikers and, as a result, they’ve become massively overgrown. Dide Bay and Wedge Island can no longer be reached by the old tracks because the military firing range is permanently closed to civilian traffic. A few tracks close to the beach can be followed from Lancelin  as far North as the firing range but there are spots where dune blowouts create treacherous terrain. The beach itself is usually navigable during the summer months but winter storms can reduce the beach width and cause dangerous bench formations. Because of this we have discontinued the southern set of tripnotes and drivers are advised to exercise due caution if they venture up this stretch of beach.

For many 4w-drivers Lancelin’s dunes provide enough of a playground. These spectacular dunes have always attracted the beach buggy brigade and those into all-terrain motorbikes. Anyone driving on the dunes needs to remember that the same law applies there as on the road. Police patrol the area and you can be prosecuted for speeding, drink driving, dangerous driving or not wearing seat belts. This is because of the number of accidents that occur, mostly because of lack of experience. Dune driving can be extremely hazardous unless drivers are super-careful. The most common error made by beginners is neglecting to reduce tyre pressures for dune driving and becoming bogged, an embarrassing outcome. A bigger worry can be when drivers don’t realise that near vertical dropoffs can occur on these dunes, unexpected perils that have led to the death and maiming of the unwary. The dunes now boast a Bigfoot Bus that caters for those who want to negotiate the sand without risking their own vehicles and quad bikes and sand boards are available for hire for the more adventurous.

Leaving Lancelin, our notes take advantage of the new road for nearly 40km, then guide you on the beach and beachside tracks between Wedge and Grey before regaining Indian Ocean Drive for the run up to Cervantes. It’s a little sad to see an area that has been a 4WD playground for over half a century fall prey to the bitumen but at least there’s no longer all those teeth-rattling limestone outcrops to negotiate. Wedge is a crayfishing village where squatters have been permitted to enter into lease agreements with the local government. The island itself is descriptively named, appearing like a wedge of cake lying on its side at the end of a sand spit. At times this spit builds up to such an extent that it extends all the way out to the island, allowing you to drive to the rocky perimeter of the wedge. About 1.5km up the beach northwards of the Wedge  settlement is an interesting area of dunes that are worth investigation. Grey, once known as ‘Green Island’, is an orderly crayfishing village where vehicular beach access is discouraged. Hangover Bay is within Nambung National Park and is equipped with barbecues, picnic tables, shelters and toilets.

But the most important, and best known, feature of Nambung National Park are its now justifiably famous Pinnacles, a nature photographer’s dream. The park protects a large area of varying dunefields surrounded by vast rolling heathlands featuring wattles, casuarinas, banksias, myrtles, and other trees and flowering plants typical of the northern coastal plain. The bare, glowing dunefields include White Desert, Red Desert, Pinnacles Desert, Painted Desert and Little Painted Desert. These dune systems, formed by beach sand rich in lime from broken up sea shells, mark ancient shorelines. Most can only be reached by hiking trails, but PaW has laid out a scenic vehicle loop through the main crop of pinnacles that gives excellent access for a fee payable at the gate. (Please note that this track is not suitable for trailers or caravans.) The drive takes you through fields of hundreds of limestone pillars and knobs, formed by the leaching of lime-rich sands and the creation of a hard layer of calcrete over softer limestone. Plants, exploiting cracks in the calcrete, encouraged water seepage that helped leach away sections of the softer limestone which was replaced with quartz sand. Wind erosion eventually blew away the loose quartz sand to expose the weirdly formed pinnacles, sculpted smooth by wind-blown sand into a fantastic assortment of shapes. The age of these fascinating formations may be anything up to 80,000 years, but it is only in the last two centuries or so that they have been exposed.

From the Pinnacles, it is a relatively short run on excellent roads out to Cervantes where you can hit the beach, visit Lake Thetis and its crop of three and a half thousand year old stromatolites, or refuel if you need to, before commencing your return to Perth.