More of a scenic drive than any kind of challenge to your vehicle’s capabilities, the only time you’ll require 4WD on this route is if you visit the Sapper Road campsite within the Avon Valley National Park. The descent down to the river is steep and deeply rutted. Sapper Camp is equipped with toilets and BBQs for your convenience. Visitors should note that no open fires are allowed during summer months and camping is only by prior arrangement with the ranger (Phone 9571 3066). There are about ten campsites and camping fees are $10 per couple, $2 per child. All visitors should note that dieback hygiene is necessary within the park and vehicles need to be clean and free of any mud deposits.

These trip notes will take you over the Brockman River where Joe preyed on remote settlers during his bushranging days and through the Moondyne hills where mounted troopers and their trackers stuck to Joe’s tracks for weeks at a time. They will guide you to Joes Cage, the remains of one of Joe’s horse traps re-discovered during the author’s original research for his book in 1976. Only a few termite-riddled posts remained at the time, and would have crumbled away by now. Joes Cage is on the Surveyor’s Heritage Trail that strings together a number of the stone cairns erected by John Forrest when he surveyed the Avon Valley during the 1870s. Our trip notes will take you on to ‘the Gaol they built for Joe’ (although he was never held in it) at Toodyay. Well worth a visit, it is a museum now, filled with relics of Joe’s times. Also, consider making your visit during one of Toodyay’s several festivals, more particularly the Moondyne Festival held annually on the first Sunday in May. Check out the town’s many attractions at the Visitor Centre. From the historic town of Toodyay, you’ll head back down the Avon with superb views of the valley, then past Bailup where there once stood a pub to which Joe was a regular visitor.

Enjoy your visit to Moondyne country. 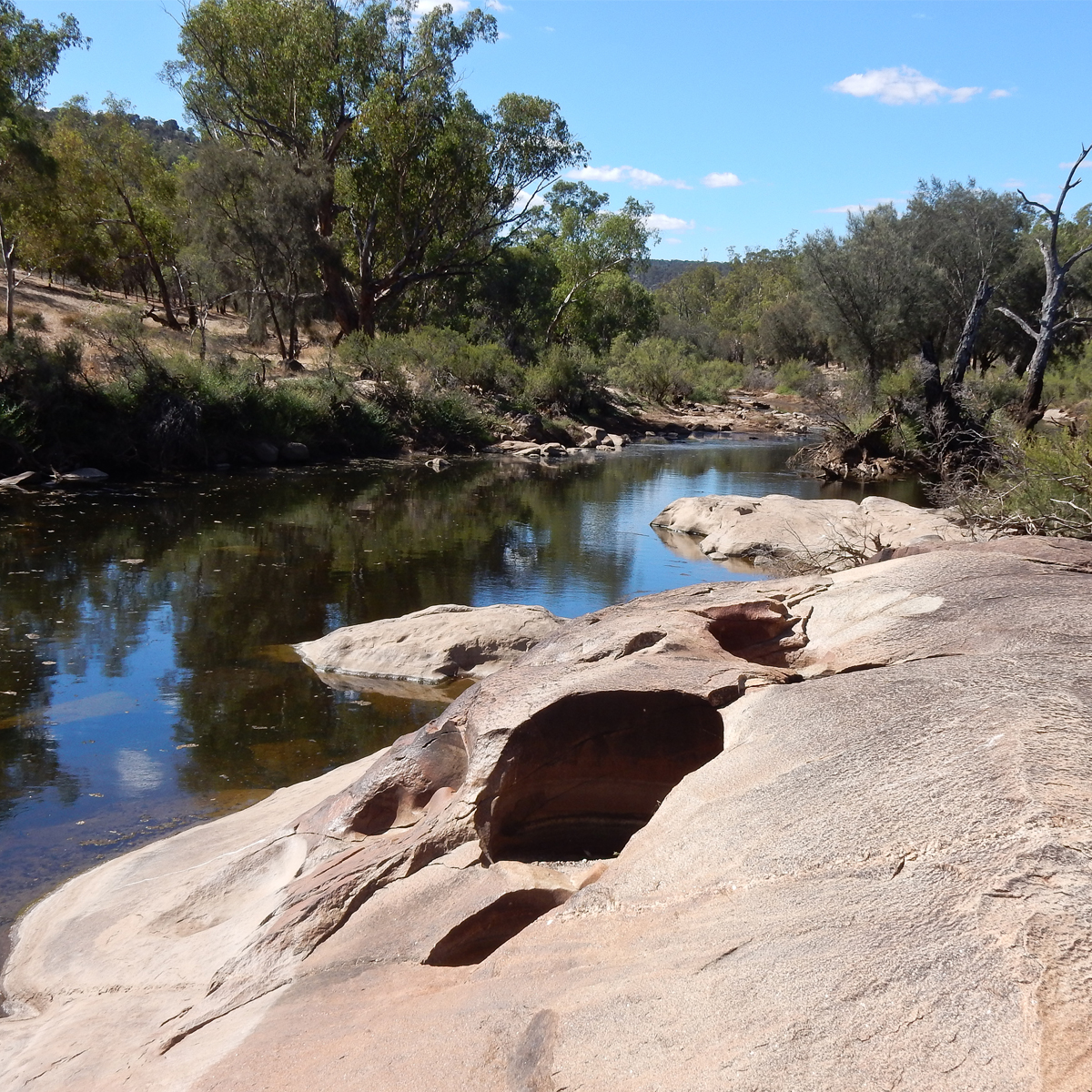 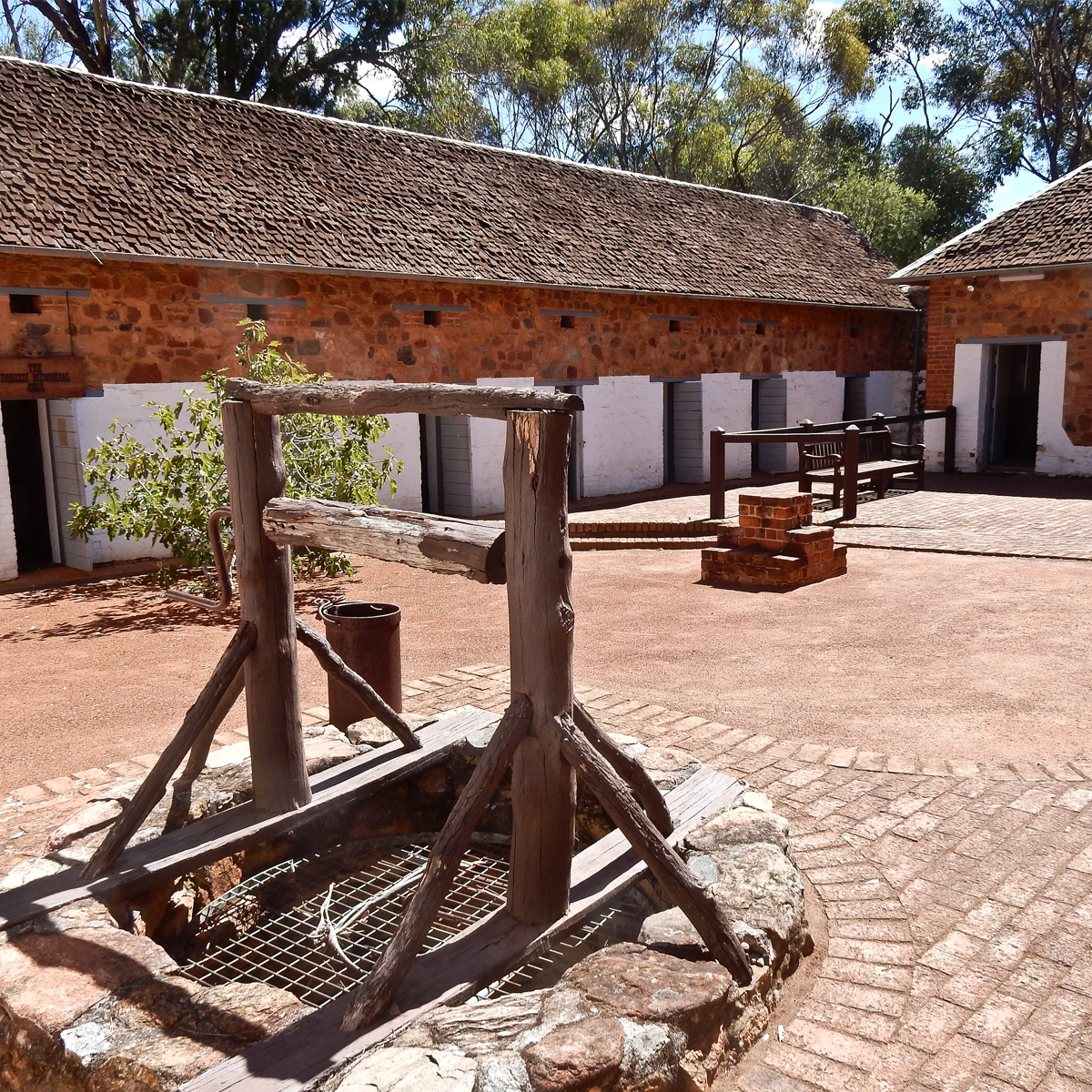 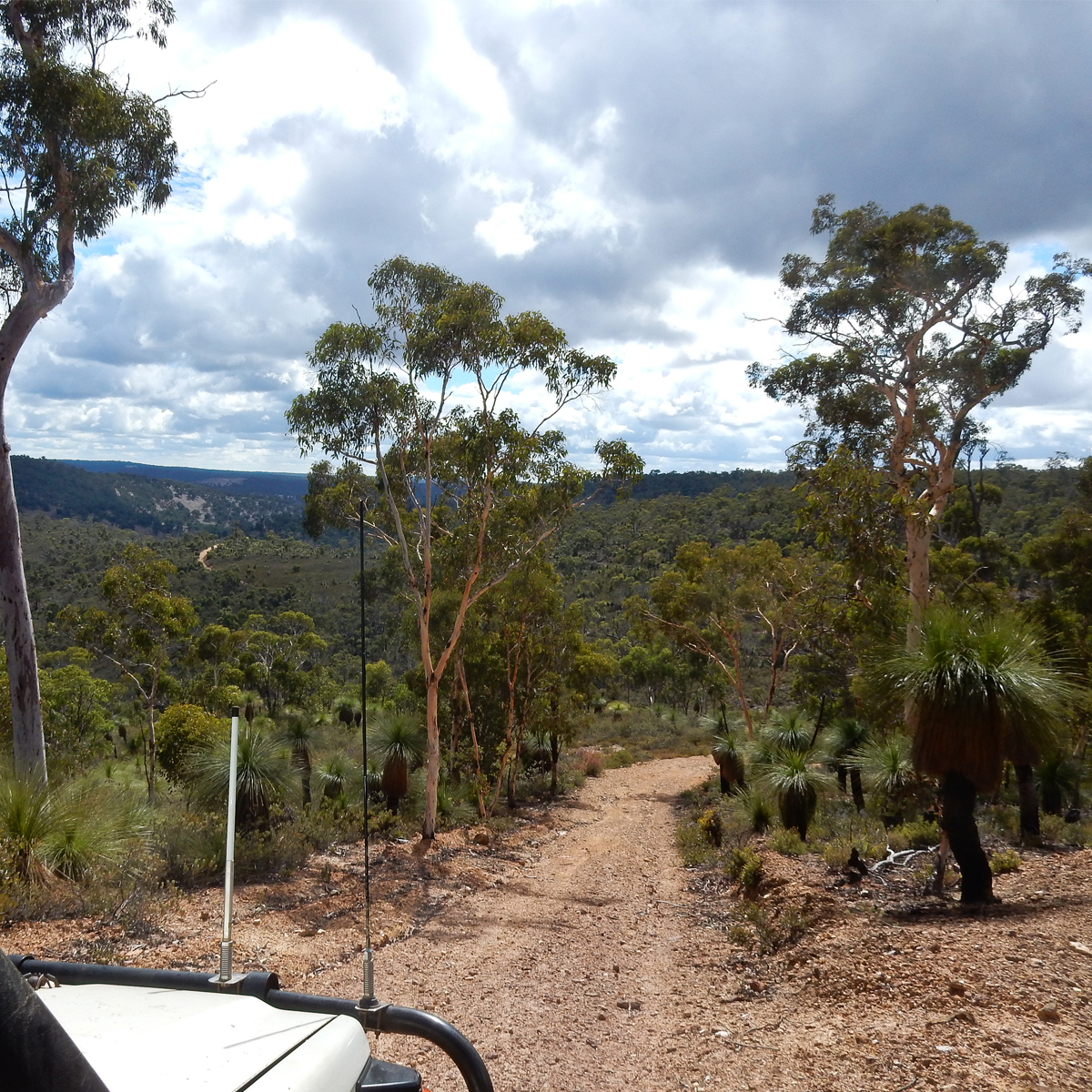 The route is based to some extent on places connected with Western Australia’s best-known bushranger. Joseph Bolitho Johns, alias Moondyne Joe (or ‘Moonie’ to his mates), was a good badman who gallops across the pages of Western Australian history with all the spirit of a wild bush brumby. His prison sentences were frequently punctuated by spectacular escapes and, in the days when Aboriginal trackers were an integral part of the police force, when a horse was a man’s best friend and bushmanship was the measure of a man, Joe became a legend in his own time. His story spans the WA colonial period from the years of convict transportation to the excitement of the State’s fabulous gold rushes. Joe’s bushranging exploits, his defiance of authority and his determination to be free have a romantic appeal that cannot be denied. He may have arrived as a convict and died a pauper, but along the way he left an indelible imprint on our folklore.

Birth of the Moodyne Legend

Aborigines referred collectively to the hills on the north side of the Avon as ‘Moondyne’ and that is where Joe learnt his bushcraft. In the early years following his conditional pardon in the penal colony, he made a living by horse trapping, setting up yard traps at springs and soaks throughout the Moondyne and Julimar regions. It was Joe’s intimate knowledge of this country, and his use of it to lead mounted police and their trackers such a merry chase during his escapes, that led to the general use of the nickname ‘Moondyne’.

Arrested at Monmouth near the Welsh border in 1848 for housebreaking and stealing food, Joe was sentenced to ten years transportation. Arriving at Fremantle in 1853, he received his conditional pardon two years later and occupied himself in trapping stray horses and other livestock in the Moondyne hills until the early 1860s.

When Toodyay police found him riding a half-bred branded stallion he’d come across in the bush, they found he hadn’t advertised its capture to allow its true owner to come forward and claim it. They promptly arrested him for horse-stealing and locked him up. Facing a ten year sentence on this charge, a desperate Joe escaped from the flimsy lockup, took the horse, shot it and cut out the brand. He was recaptured within days but, while the horse-stealing charge had to be dropped for lack of evidence, the police immediately charged him with prison breaking. Joe was well satisfied with this switch since the gaol-break carried only a three year sentence. This was further reduced for good behaviour and he was soon out and about again. His next prison sentence was a different matter entirely.

All because of an Ox

In 1865, he was charged with killing an ox near the Canning River. Apparently the meat was shared out amongst several ne’er-do-wells in the district and the hide was hidden where its discovery would place suspicion on someone Joe disliked. Now Joe swore his innocence of the actual killing charge to his dying day and, in the light of subsequent events, this appears likely to have been true. Sentenced to ten years, he absolutely refused to serve the time and made a number of daring escapes, two of them from Fremantle Prison itself, once over the wall and the second time, through it. During his days, then months, then years on the run, Joe took to bushranging and even tried to make his way overland to South Australia. (The remarkable story of Joe’s escapades is recounted in the book, Moondyne Joe, the Man And the Myth by Ian Elliot available from Hesperian Press.)

Great for getting yourself out of a sandy situation. They also work really well in mud. There is a very high probability of needing to use recovery tracks during this adventure.