The Blackwood, at 300km, is one of the longest rivers in WA’s South-West. Due to inland explorers not realising they were on its headwaters, the upper Blackwood is now known as the Arthur River and the Blackwood name commences at the junction of the Arthur with the Balgarup River near Wild Horse Swamp SW of Moodiarup. It flows generally SW past  the townships of Boyup Brook, Bridgetown and Nannup before entering the sea from Hardy Inlet at Augusta. Besides the Arthur and Balgarup rivers, its tributaries include the Tweed, Hillman, Buchanan, Beaufort and Carrolup rivers. That’s a heck of a catchment. 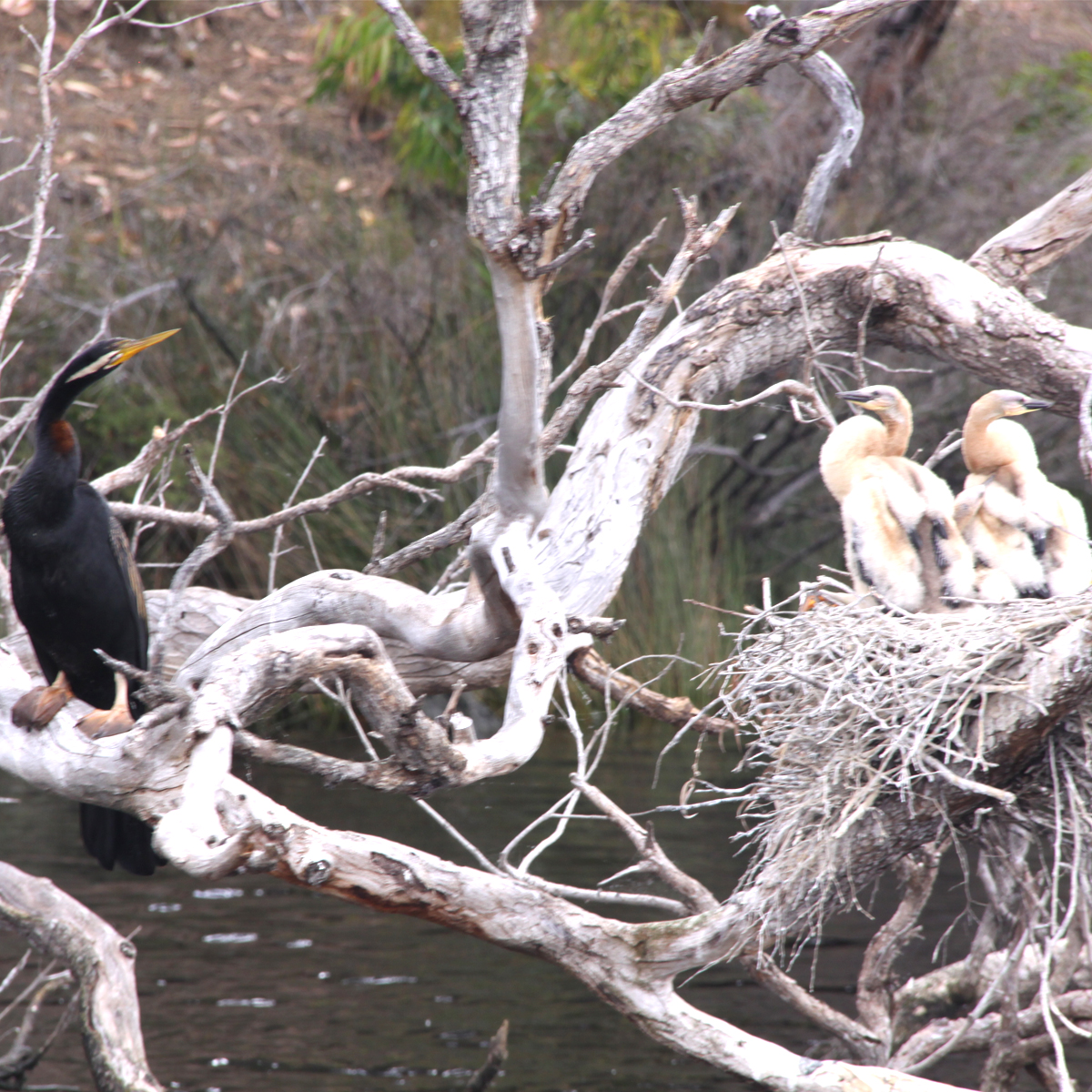 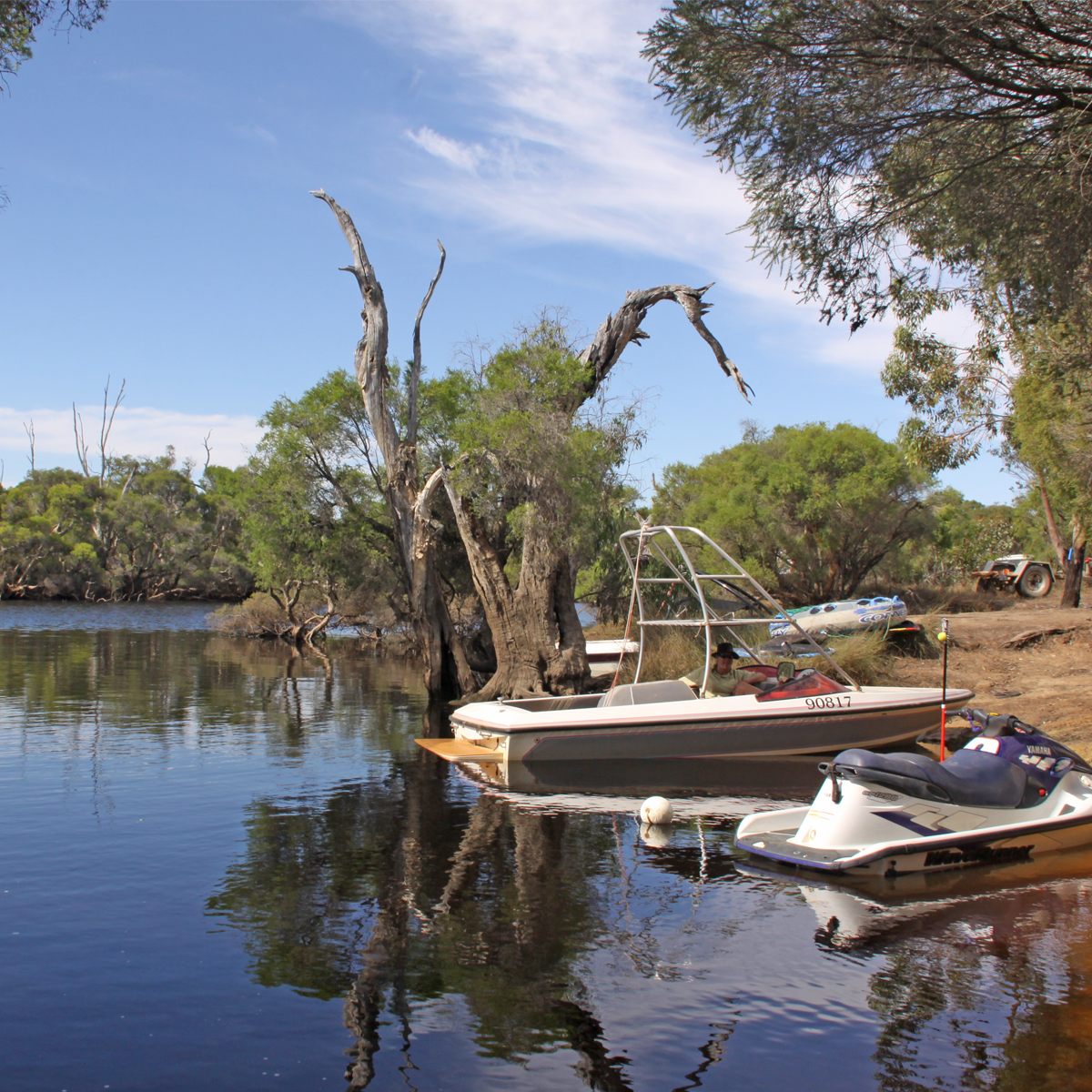 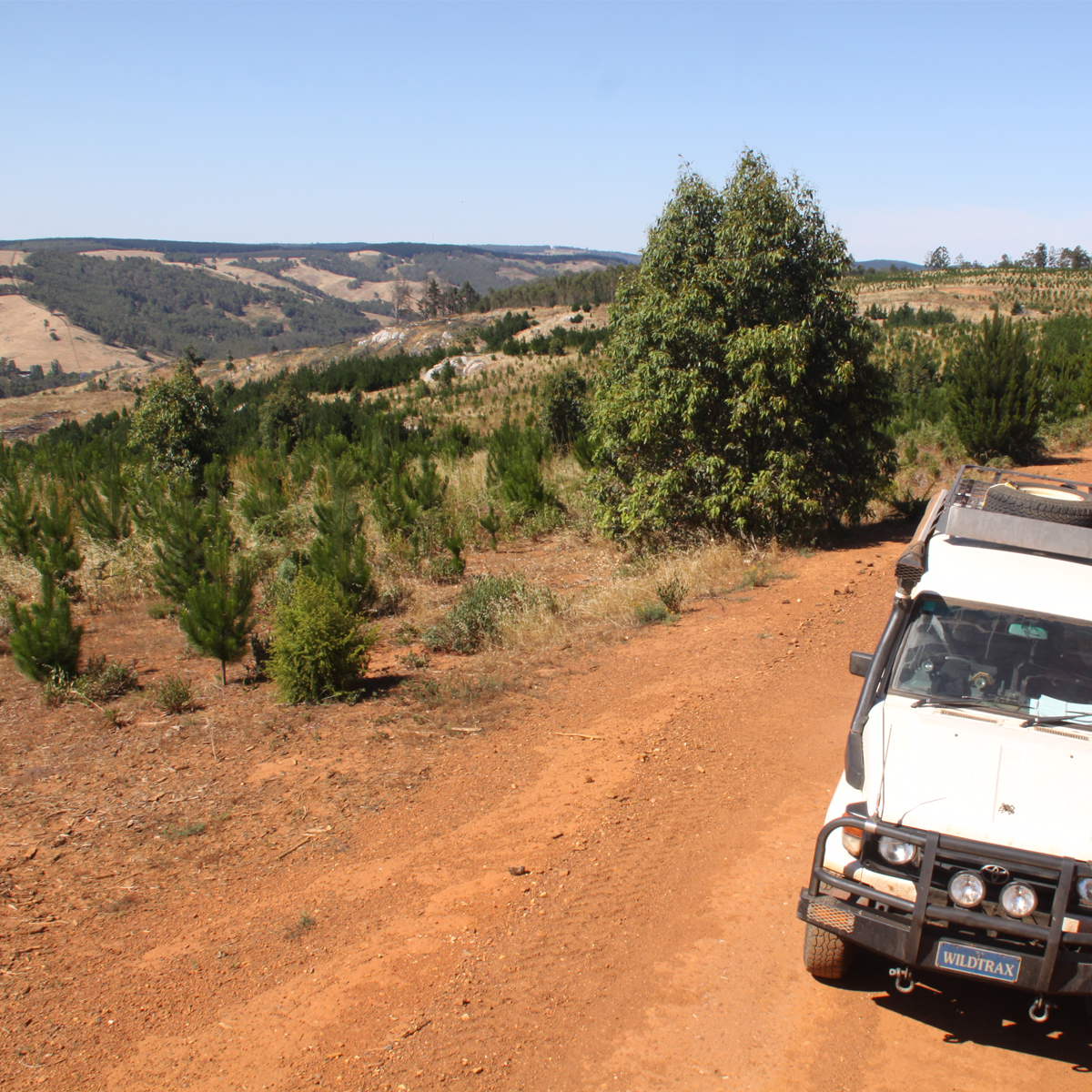 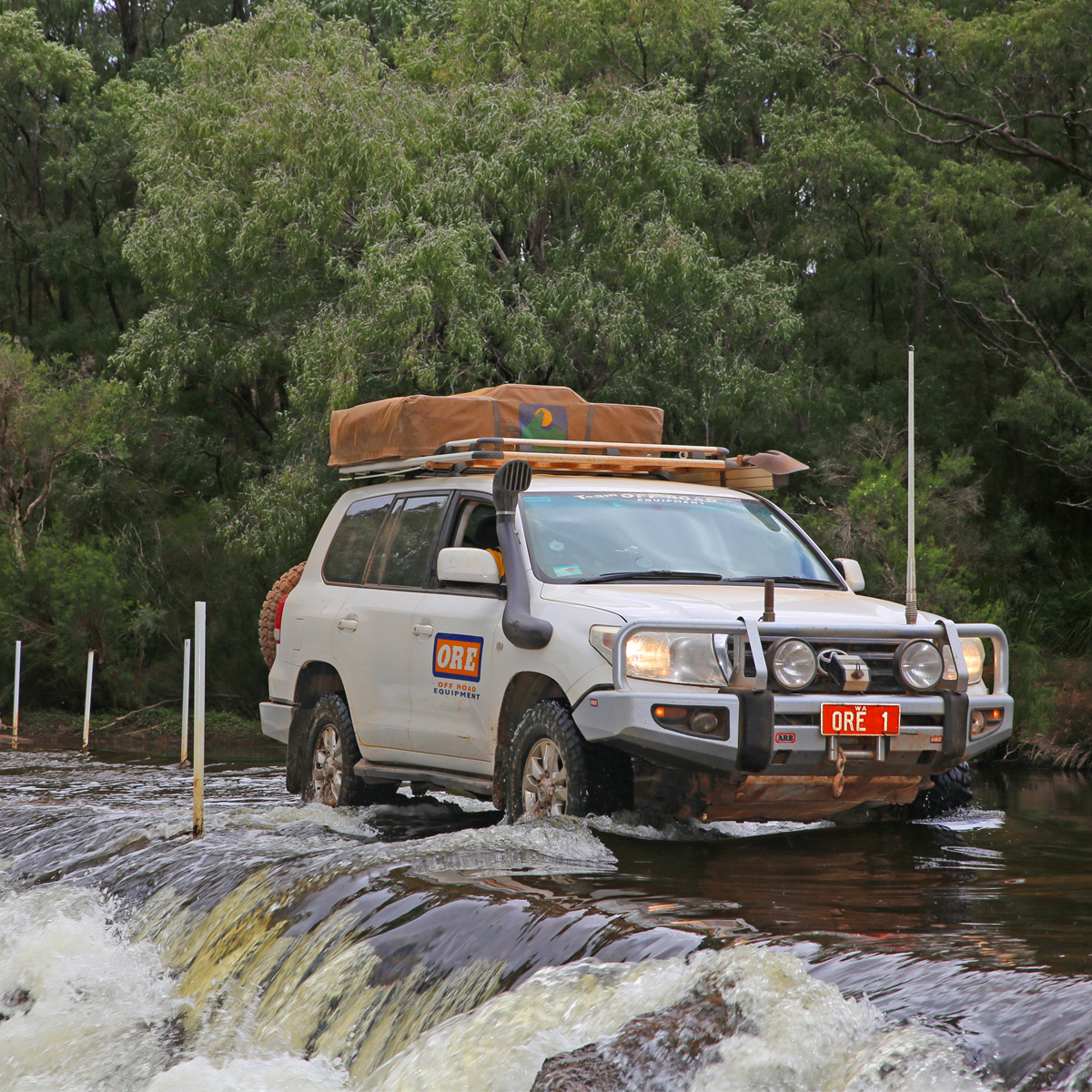 The trip notes begin from Arthur River on the Albany Highway. Down past Moodiarup you will catch your first glimpse of the Blackwood just downstream from its commencement. Past the first crossing, sticking to the trip notes south of the river, you will regain the Boyup Brook road downstream from Trigwell Bridge and follow it to the turn-off to Condinup Crossing where there’s now a culvert that should keep your tyres dry.

Past Barrabup you take to the tracks on the north side of the river, a route that once possessed a degree of difficulty that made it a favourite of Campfire Escapes until DPaW decided to grade all the fun out of it. Eventually, the trip notes will guide you down to Warner Glen Bridge and Alexandra Bridge, your eleventh river crossing since setting out, and from there it’s a straight-forward hop to Molloy Island or the mouth of Hardy Inlet at Augusta.

During our reconnaissance, the trip was completed easily in three days. Then again, there are lots of reasons for a longer stay in Augusta and perhaps the joys of house-boating on the Blackwood will attract some travellers.

What's in a name

The watercourse was named by Governor James Stirling who sailed down with the first settlers to Augusta on board the Emily Taylor in May 1830. Surveyor General Roe’s report of Stirling’s examination of the region indicates that the party used the ship’s boats to examine Hardy Inlet which led to ‘a River named the “Blackwood” which runs to the North about 15 miles, and 10 miles to the east before it ceases to be navigable for boats.’ Although he doesn’t actually say, there is little doubt that Stirling, a Royal Navy man through and through, bestowed this name to honour Vice Admiral Sir Henry Blackwood (1770-1832). Blackwood joined the navy as a volunteer at the age of eleven, made Lieutenant before turning 20, Commander at 23 and attained the rank of Post Captain at 24 years of age. He commanded several vessels with distinction and valour over the years of almost continual seagoing warfare following the French Revolution. He was well-known as Lord Nelson’s favourite frigate captain by the time he was given command of the newly launched, 74 gun ship of the line, HMS Warspite in 1807. Stirling, a Midshipman in the Royal Navy during the Napoleonic Wars, was transferred to Blackwood’s ship in April 1809. Within four months Captain Blackwood had granted him his first commission. Stirring times and no doubt some powerful memories for the fledgling Governor of the eleven-month old Swan River Colony some 21 years later.

Opposite the first corner after this culvert a couple of derelict farmhouses can be seen on the right. This was Condinup Farm, a property taken up by one Joseph Taylor in 1877 who had built the smaller, and older, homestead by 1880. This early homestead in the Victorian Georgian style boasts Flemish Bond brickwork and its steep iron roof was probably originally clad with She-oak shingles. Taylor advertised his extensive enterprise for sale in 1888 and the adjacent weatherboard and iron homestead was apparently built by later owners about 1910.

After visiting the Gregory Tree, just a stump now with a blaze cut by explorer Augustus Gregory in May 1845, you will recross the Blackwood on Condinup Bridge and head for the township of Boyup Brook via a pleasant road winding through rolling riverside farming land, a small taste of things to come. The amazing and completely crazy Harvey Dickson’s Country Music Centre, well-worth a look-around at least, is on this route and a great spot to camp if you give them a call.

From the pretty little town of Boyup Brook through to Bridgetown you’ll follow a winding ribbon of river on its intricate course through more of this region’s picturesque hills. After popping into Bridgetown for a well-earned coffee and a perhaps not-so-well earned slice of cake, the trip notes continue down the Brockman Highway onto less frequented roads, pursuing the waterway wherever they can. On the great wriggling left hand bend of the river near where Balingup Brook runs into it, the course takes to the hills cutting across to the Nannup Balingup Road. A stretch of bitumen that has always been a favourite scenic drive, this leads to Nannup. From that touristy little town you’ll cross the river once again and make your way past Glen Orley’s tranquil Barrabup Sanctuary, a bush setting nestled in a bend of the Blackwood and a recommended campsite although you’ll need to pre-book.

Past Barrabup you take to the tracks on the north side of the river, Eventually, the trip notes will guide you down to Warner Glen Bridge and Alexandra Bridge, your eleventh river crossing since setting out, and from there it’s a straight-forward hop to Molloy Island or the mouth of Hardy Inlet at Augusta.