Following the coast northwards, these trip notes will guide 4W drivers through a maze of sand tracks beyond Two Rocks and between Guilderton and Seabird. Travellers should be aware that the Shire of Gingin does not allow beach driving at the mouth of the Moore River. The latter authority also prohibits camping anywhere along the coast other than at official camping grounds, and has a restricted fire season from October through March.

The Gingin Ranger has specifically requested that 4W drivers avoid a small hill forming part of the frontal dune near Cape Leschenault about 2km south of Seabird. The hill requires rehabilitation so please don’t drive on it. Throughout the route, the usual 4WD code of conduct applies. Reduce your tyre pressures on sandy surfaces, obey all signs and do not deviate from tracks already formed. It is a good idea to fly a flag on a high pole for visibility on this route. 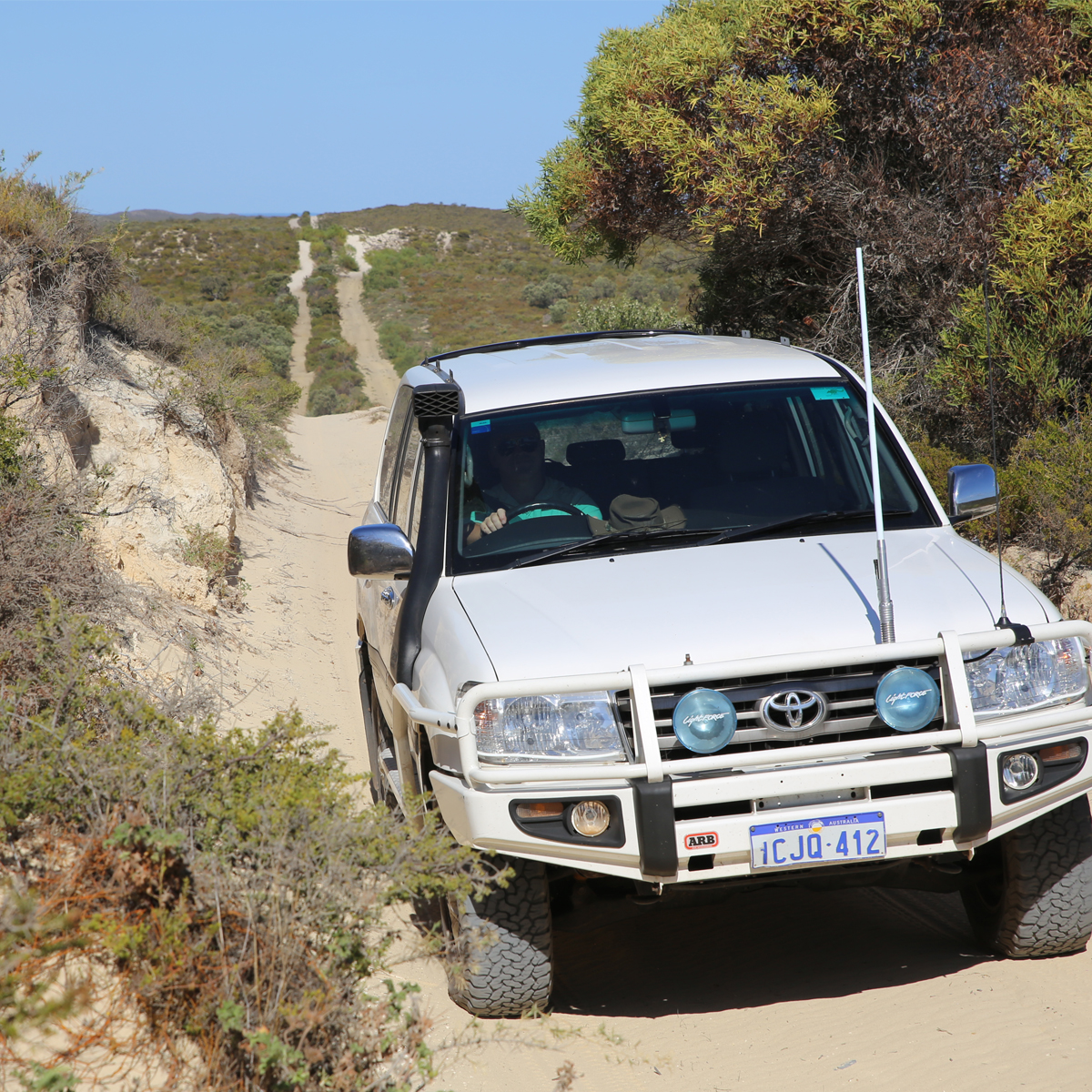 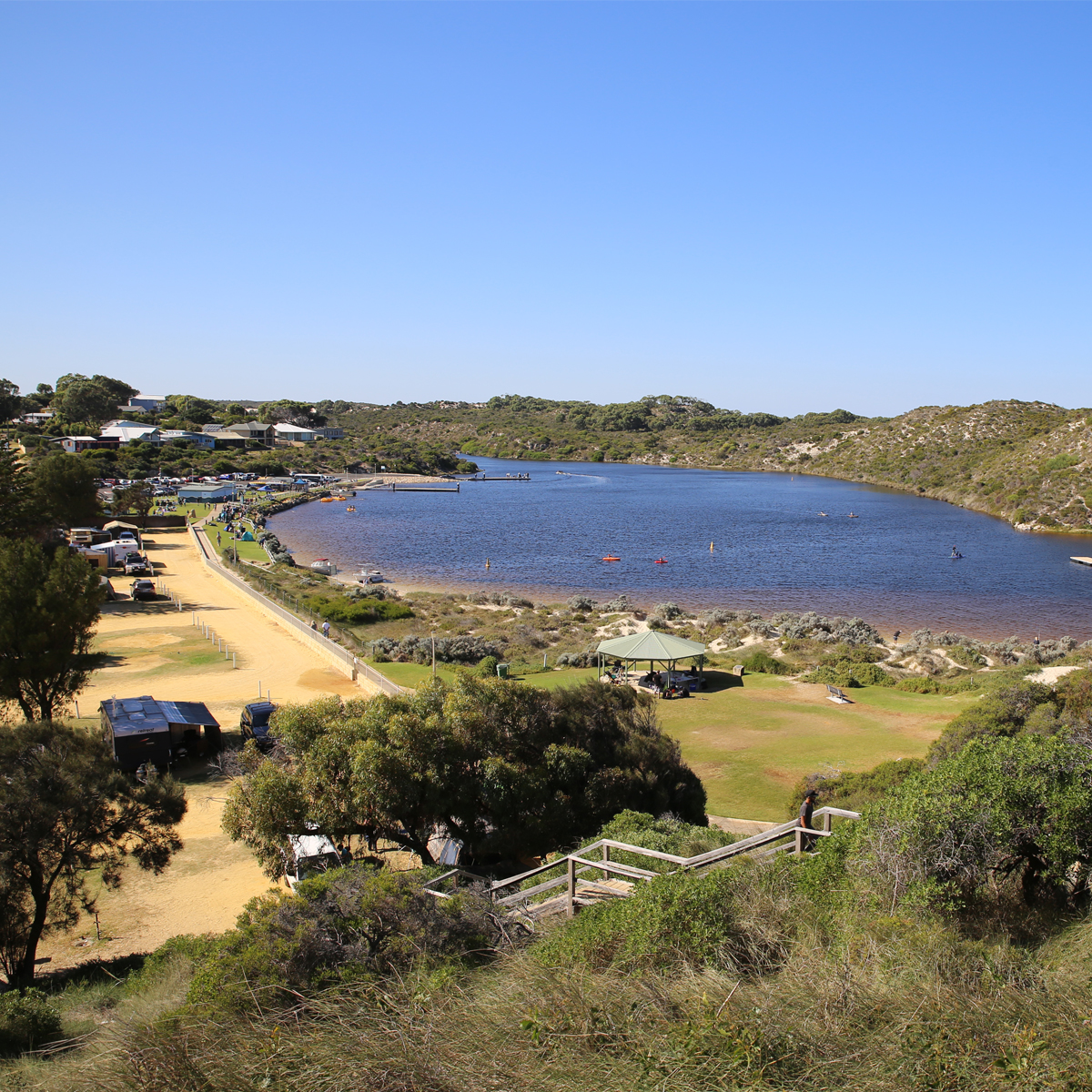 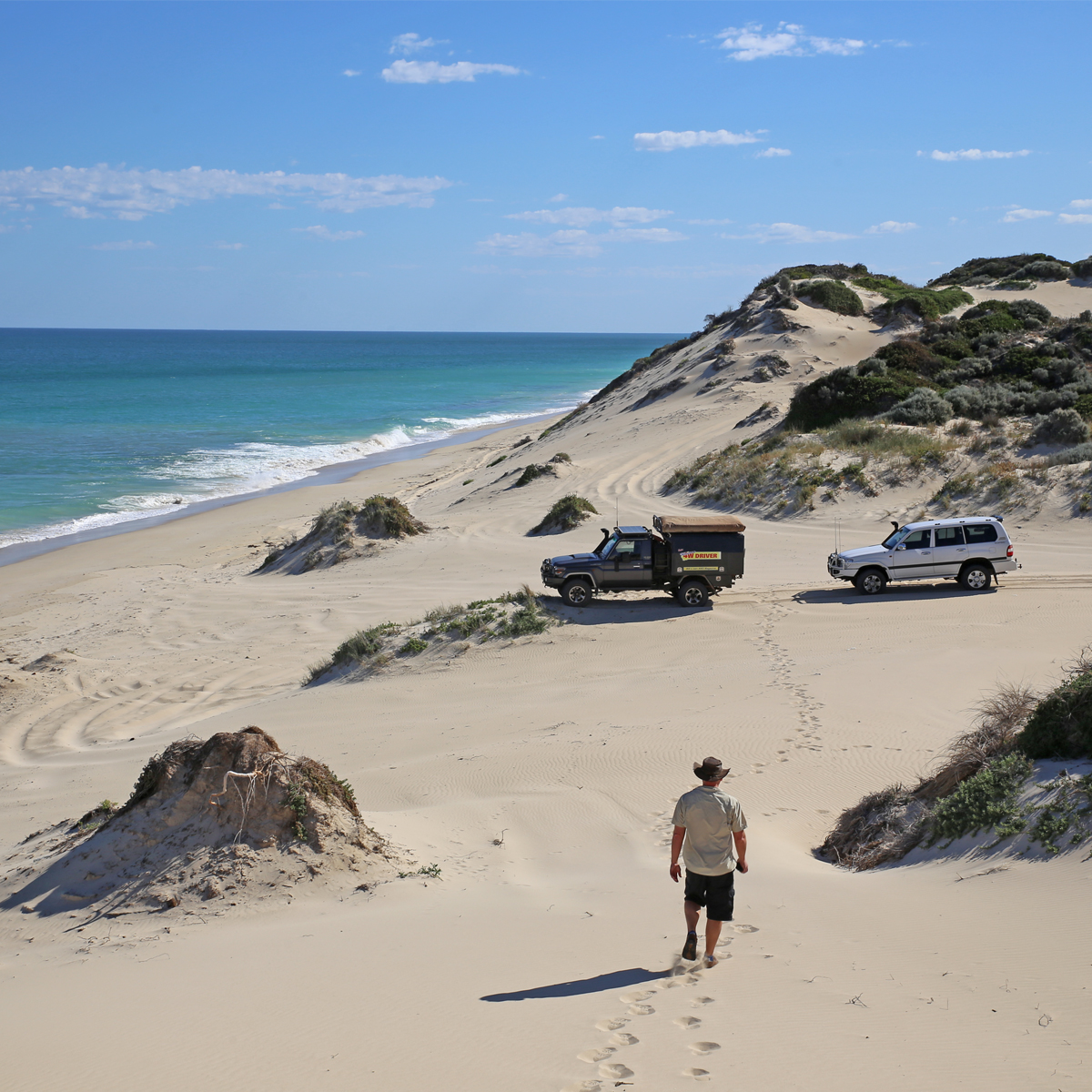 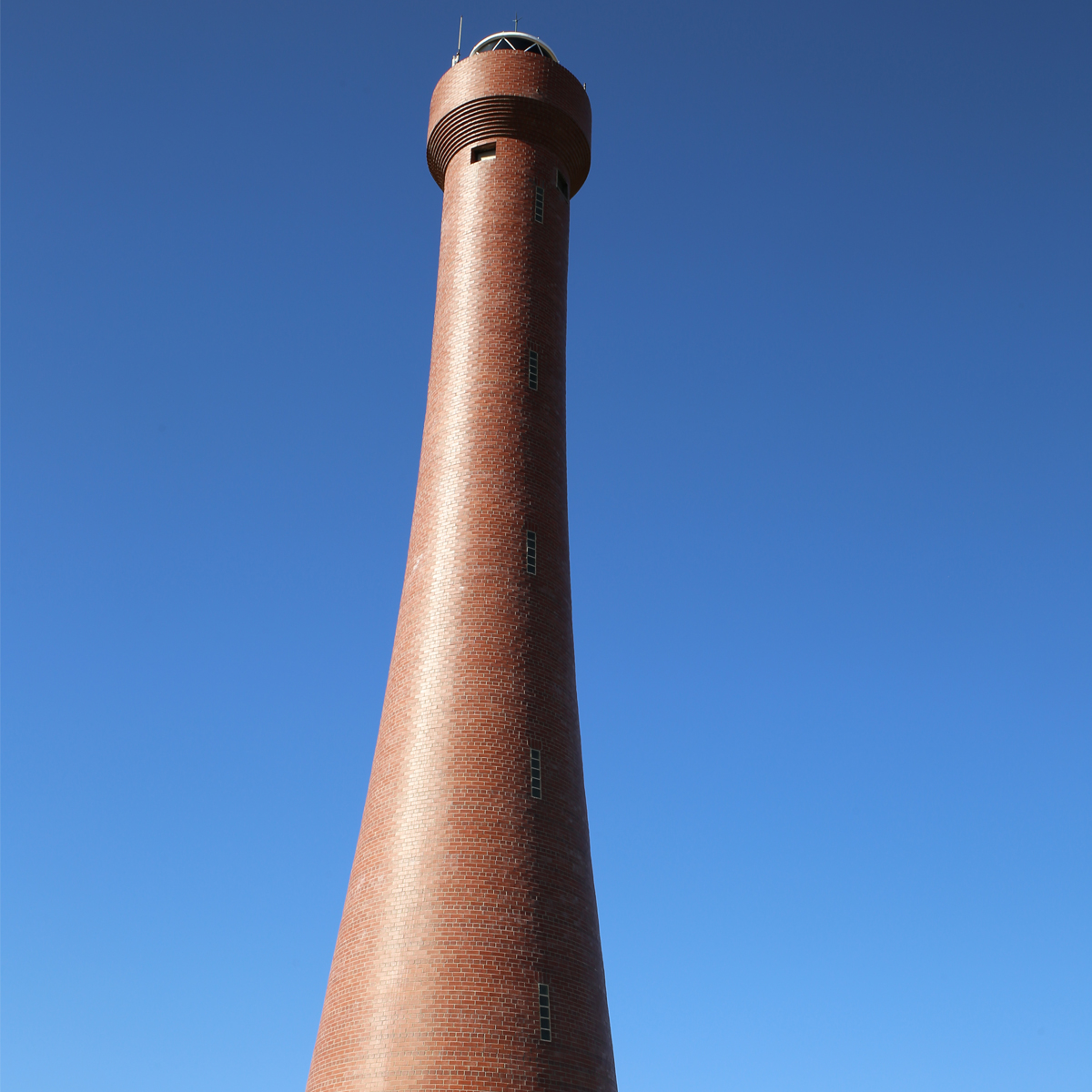 The Moore River, the major natural feature you’ll come across on this trip, rises near Walebing and flows about 200km to the sea. The existence of its mouth was reported by Captain Thomas Bannister after explorations in 1830 and its inland course was traced for some distance by George Fletcher Moore in May 1836. The connection between Moore’s ‘Garban’ River (its Aboriginal name) and the embouchure was established by Surveyor General John Septimus Roe during his search for the survivors of George Grey’s ill-fated exploration party in 1839.

The river mouth, which was known as ‘Gabbadah’ to the Aborigines and early settlers, became a popular camping spot for local pastoralists as early as the 1880s. A shack had been erected there by the de Burgh family by 1893 and a camping reserve was set aside there a few years later. The reserve contained three cottages for rent and a well and was managed by the Gingin Roads Board. By 1910, a public road had been constructed to ‘Gabbadah’ and campers began using motor vehicles to get there. The spot was popular and Gingin ratepayers first asked that town lots be made available there in 1920. The coast was closed to casual traffic during the war years and the army occupied the cottages.

A town is born

After the war the demand for a townsite there was renewed and Guilderton was eventually gazetted in 1951. The name was suggested by Mrs Henrietta Drake-Brockman, a local historian, and links the town with the wreck of the Vergulde Draek (Gilt Dragon) in 1656 and the loss of a fortune in Dutch guilders she was carrying. The later discovery of that wreck off Ledge Point further north, and the subsequent saga regarding ownership of her treasure, is another story.

Seabird is named after the schooner Seabird which was stranded ashore near Cape Leschenault with a gaping hole in her port side on 22 June 1874. Her cargo consisted mainly of oregon timber but she was also carrying dry goods and beer. The cargo was auctioned at Gingin and fetched £421, but much of the timber was salvaged from the beach by locals and the homes of several pastoralists in the district boast oregon beams. During the 1950s, an unofficial fishing settlement was started near the wreck site by H.W. McCormick who began fishing there using a salvaged lifeboat from the J.P. Webb, a vessel wrecked on the offshore reef in August 1951. Other squatters followed, leading to the decision to create an official townsite in the mid ’60s. When the choice of a name fell on the then ‘Nomenclature Advisory Committee’ (now the Geographic Names Committee) ‘Chalon’ was suggested. This was because of the association with nearby Cape Leschenault, named by the 1801-03 French Scientific Expedition after their botanist, Jean Baptiste Leschenault de la Tour. This is the same Leschenault after whom the brilliant blue Western Australian wildflower is named. The proposed name was after Leschenault’s birthplace, Chalon-sur-saone in France; however, the French connection did not impress local residents who were strongly in favour of Seabird and their preferences won the day.