This tour extends eastwards from The Lakes Roadhouse via the Great Southern Hwy, West Talbot Rd and a series of fenceline firebreaks to the rural road network in the locality of Dale within the Shire of Beverley. From there it trends northwards through some of this State’s most picturesque farming countryside, past the Avondale Agricultural Research Station to historic St Ronans Well on the Great Southern Hwy before returning to The Lakes. The route circles between the headwaters of Christopher Brook and the Dale River before following the valleys of the Dale and Avon rivers. The fenceline firebreaks alternate between sandplain country with a rich diversity of wildflowers and park-like stands of wandoo in laterite country with interesting granite outcrops surfacing occasionally. Grand outlooks over rolling farmlands can be had from every high spot and the rounded granite tors and buttresses such as Mt Cole, easily recognisable by the seemingly vertical stripe of its summit access track, Bald Hill and the antenna-topped Mt Bakewell add much variety to the vistas. (And no, you won’t be driving up these hills as they’re all on private property.) While it’s a pleasant springtime tour rather than a 4WD challenge, this trip is eminently suitable for the soft-roader contingent. 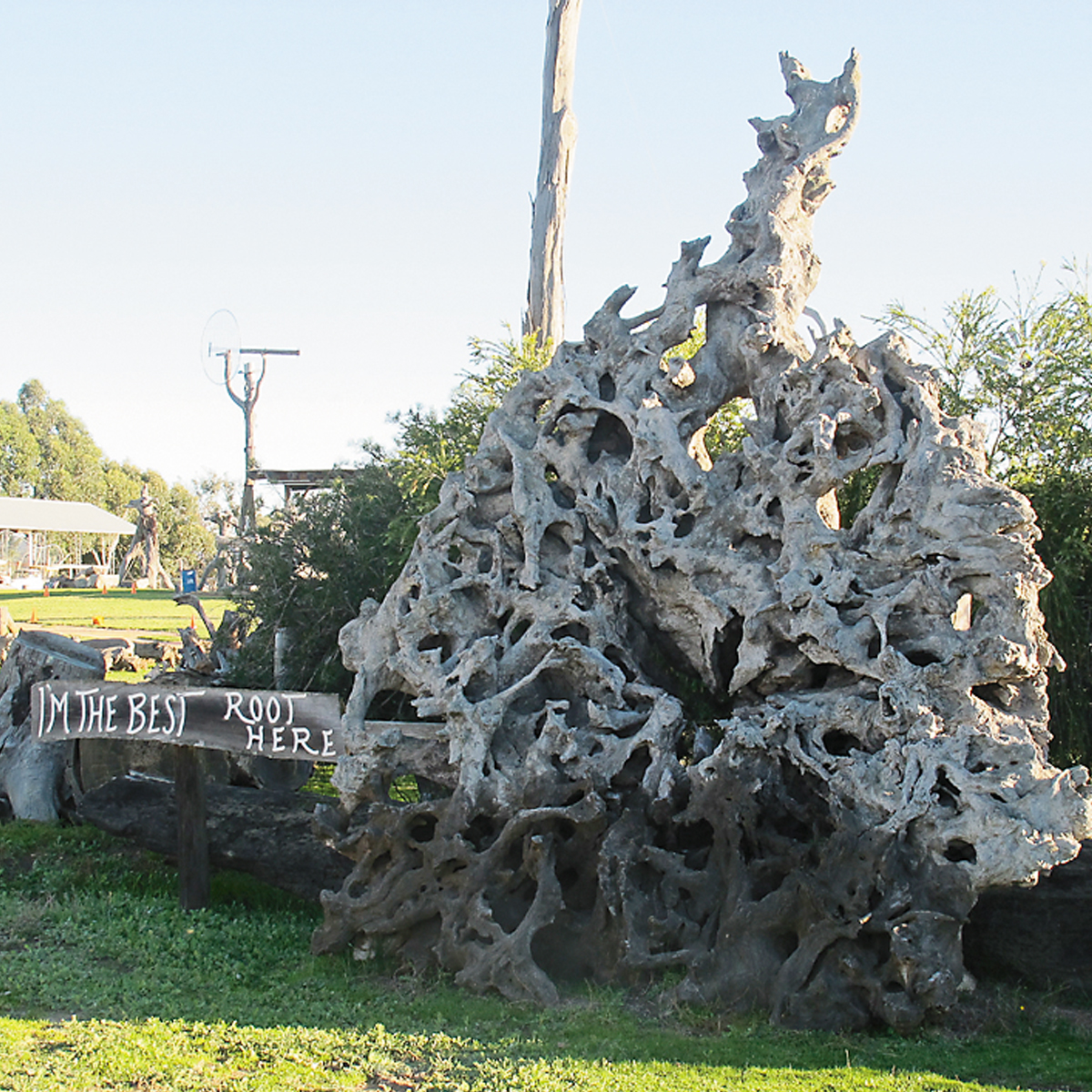 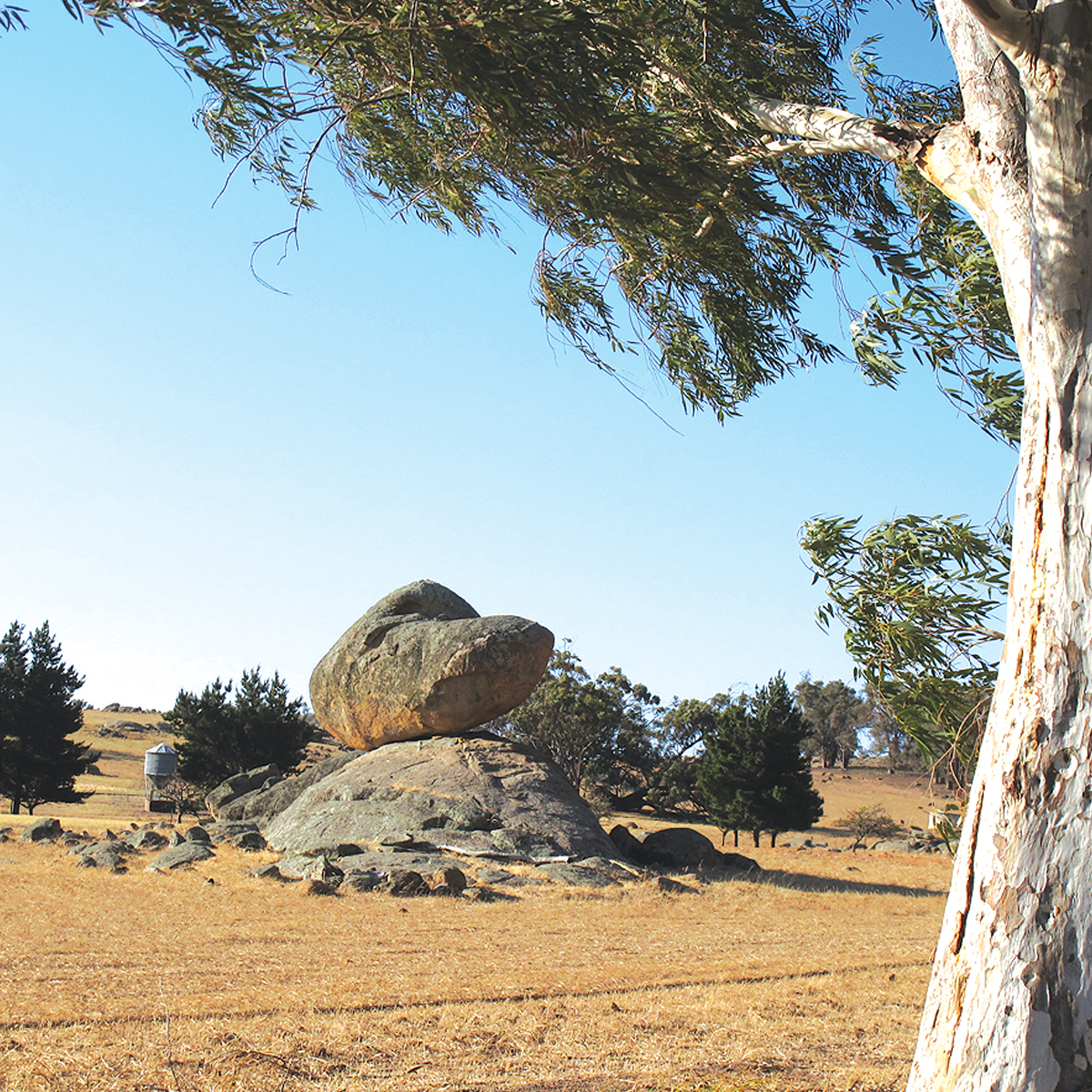 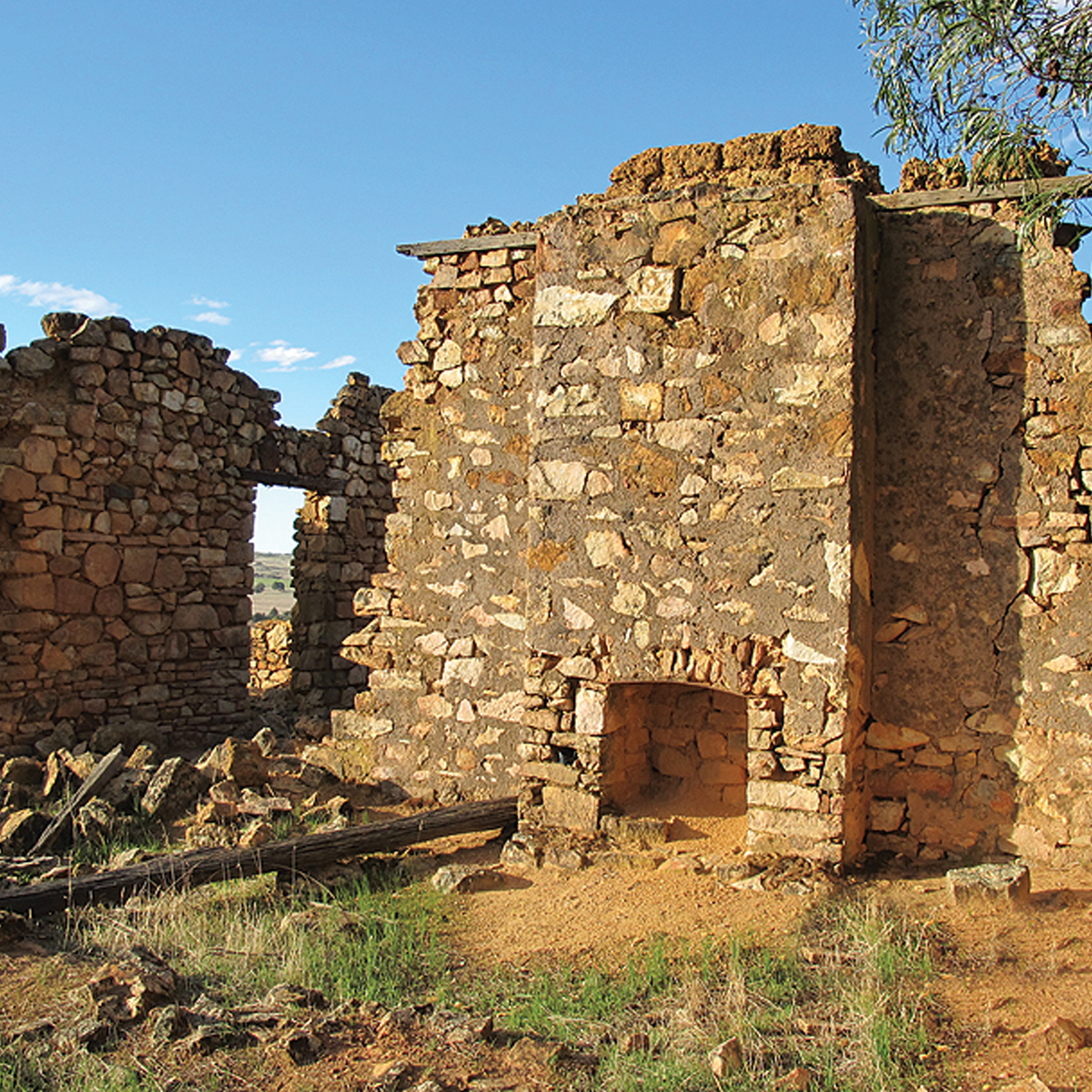 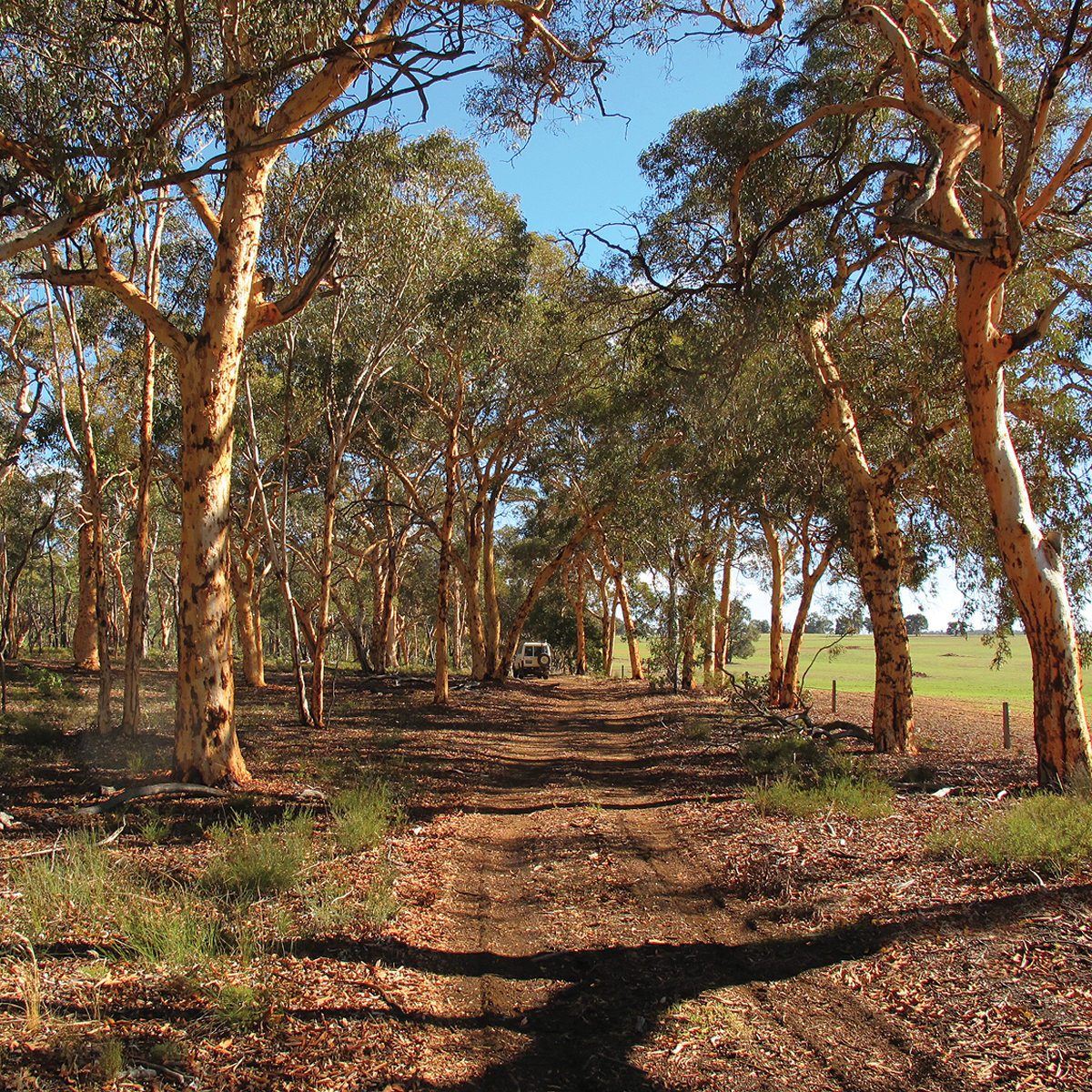 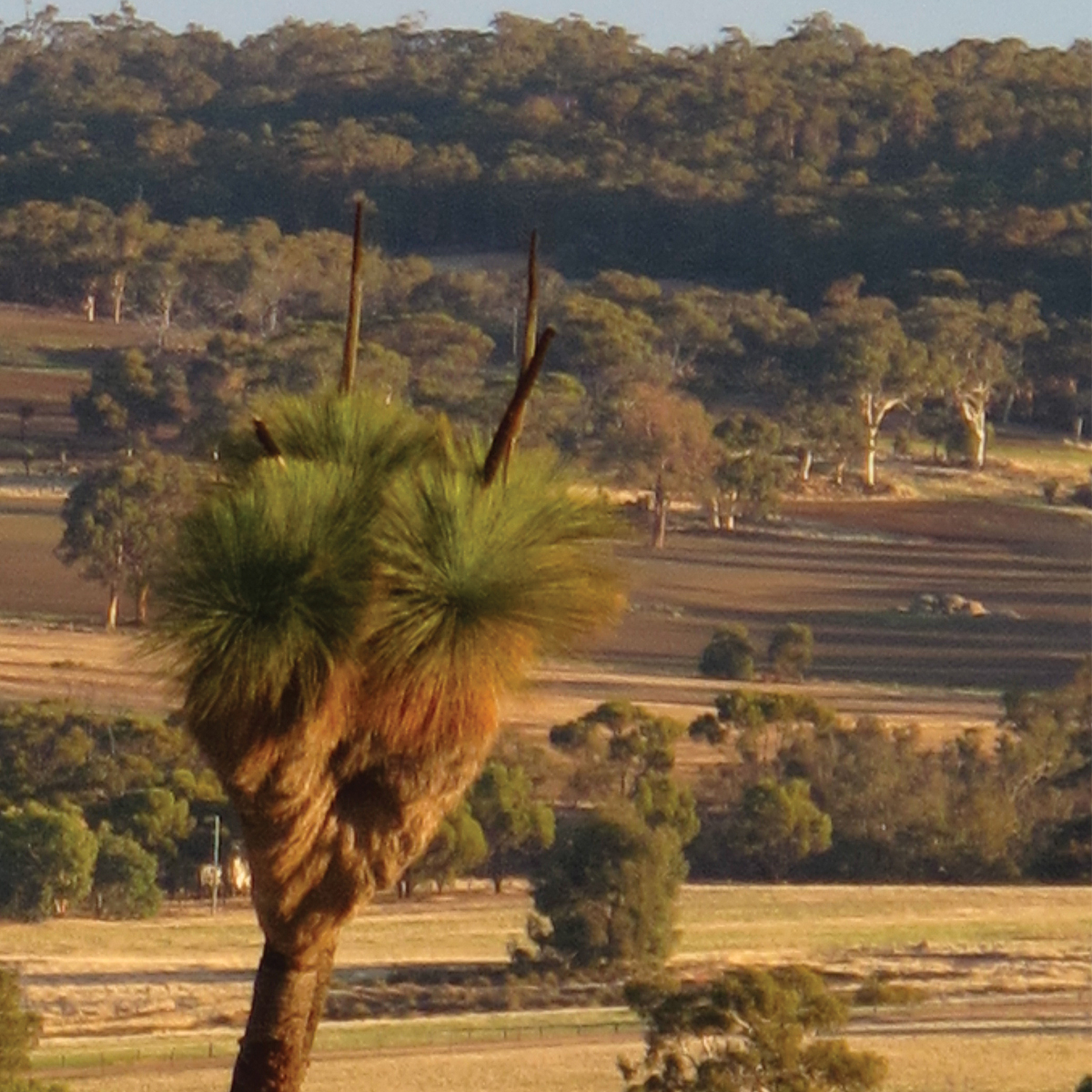 The early exploration of this area is a fascinating saga. The first of WA’s colonists to penetrate the ranges to the fine farming land beyond was Ensign Robert Dale of the 63rd Regiment on his third foray into the hills above Perth. The twenty year old soldier climbed Mt Bakewell in August 1830, naming it after a friend. Governor Stirling probably chose the name Avon River for the 290km long watercourse below this hill which at first was not recognised to be the source of the Swan River.

Proving the link between the Swan and Avon

Dale followed its course further to the south on two subsequent expeditions and its major tributary was named after him. It wasn’t until January 1834 that the connection between the Swan and Avon rivers was proved by exploration and, even then, the Avon retained its own identity. In November 1835 Colonial Draftsman Alfred Hillman, exploring between the Williams River and York, mistook the Dale for the Avon and climbed a ‘high hill’ to get his bearings. The following month, when this hill was sighted by the Surveyor General, Roe gave it the name Mt Cole, in honour of Captain Sir Christopher Cole KCB under whose command he had originally entered the Royal Navy as a Midshipman. Roe also named nearby Christopher and Talbot brooks. This particular hill was also noted as a ‘steep rocky hill’ by Lieutenant H.W. Bunbury in 1836 so it had its share of interest from explorers.

This prime land revealed by Dale’s expeditions was soon settled. Many of the colonists established their main farms in the York-Beverley region so most of the farming land you pass is part of our earliest agricultural history. Nestled amongst the surrounding farms, the eye-catching stonework of the Federation Gothic style Church of St John in the Wilderness and its matching edifice, the Dale Hall, built in 1895 and 1904 respectively and now both beautifully restored, are worthy of closer inspection. But perhaps the most remarkable spot for a worthwhile spell from driving, even though it’s 4km off your main route, is the Heritage Registered Avondale Research Station. This place, situated at the junction of those two rivers, began its life as Avon locations 14 and K granted in 1836 to Governor James Stirling and the colony’s Harbour Master, Captain Mark Currie, respectively. Two years later these pastoral holdings were taken over by Nicholas Carey who enlarged and improved the property and gave it its name. The place was leased out during the 1840s when a little clearing for crops was undertaken and a house, a barn and stables were constructed. A new brick and corrugated iron homestead in the Victorian Georgian style was built in the 1880s and substantial stables a decade later. By this time the place had passed to Carey’s grandnephew, William deLisle, who had come out to WA from the island of Guernsey and taken over Avondale which was still largely a pastoral station, mostly unfenced and uncleared. DeLisle subdivided half the property into farm lots and sold them off. By 1901 he had cleared 800 acres for cultivation and was running 2,000 sheep and 200 pigs. He sold the property three years later and it was again sold in 1910, this time to the Government. An estate subdivision scheme was not entirely successful so, in 1919 the place became a State Farm used to train soldier settlers before being transferred to the Agriculture Department. Initially used for experiments in wheat seeding rates and the use of superphosphate, eventually Avondale supported a laboratory for research into diseases of sheep. Avondale Research Station now incorporates the Avondale Discovery Farm complete with pioneer homestead and stables, museum and an animal nursery. It’s open to the public seven days a week from 10.00am to 4.00pm and is a top spot for a picnic or BBQ.

The homeward run passes St Ronans Well, one of the oldest still-existing wells in the State, it having been mentioned by Surveyor General John Septimus Roe during a ride to York in 1832. It’s a spring fed, stoned structure with some damage to the stonework on its eastern side. It’s said that a convict road station was established nearby in the 1850s but nowadays the place is merely a pleasant picnic spot. The name comes from an 1820s novel by Scottish writer Sir Walter Scott. One of the main characters in this Victorian fiction was a Meg Dods who ran the Cleikum Inn. ‘Cleikum’ is a Scottish word for a shepherd’s crook and the inn’s coat of arms depicted Scott’s fictitious saint tripping the Devil with his Episcopal cleikum. Research has revealed some fascinating circumstantial evidence suggesting its naming could be connected with an early settler named James Dodds, a man who apparently identified with Scott’s novel probably due to his surname. With his wife Jane and five children, he arrived in the Swan River Colony aboard the ill-fated ship Rockingham in May 1830. Entitled to select 2,040 acres of land, he took up 40 acres on the Swan River and 2,000 acres on the Avon. On his Swan River land opposite Guildford he established a wayside house he called the Cliekum Inn and he operated a ferry there before the advent of a bridge. His Avon valley property, Cobham Farm, was little more than 13km NE of St Ronans Well which he would have passed every time he travelled between his holdings.